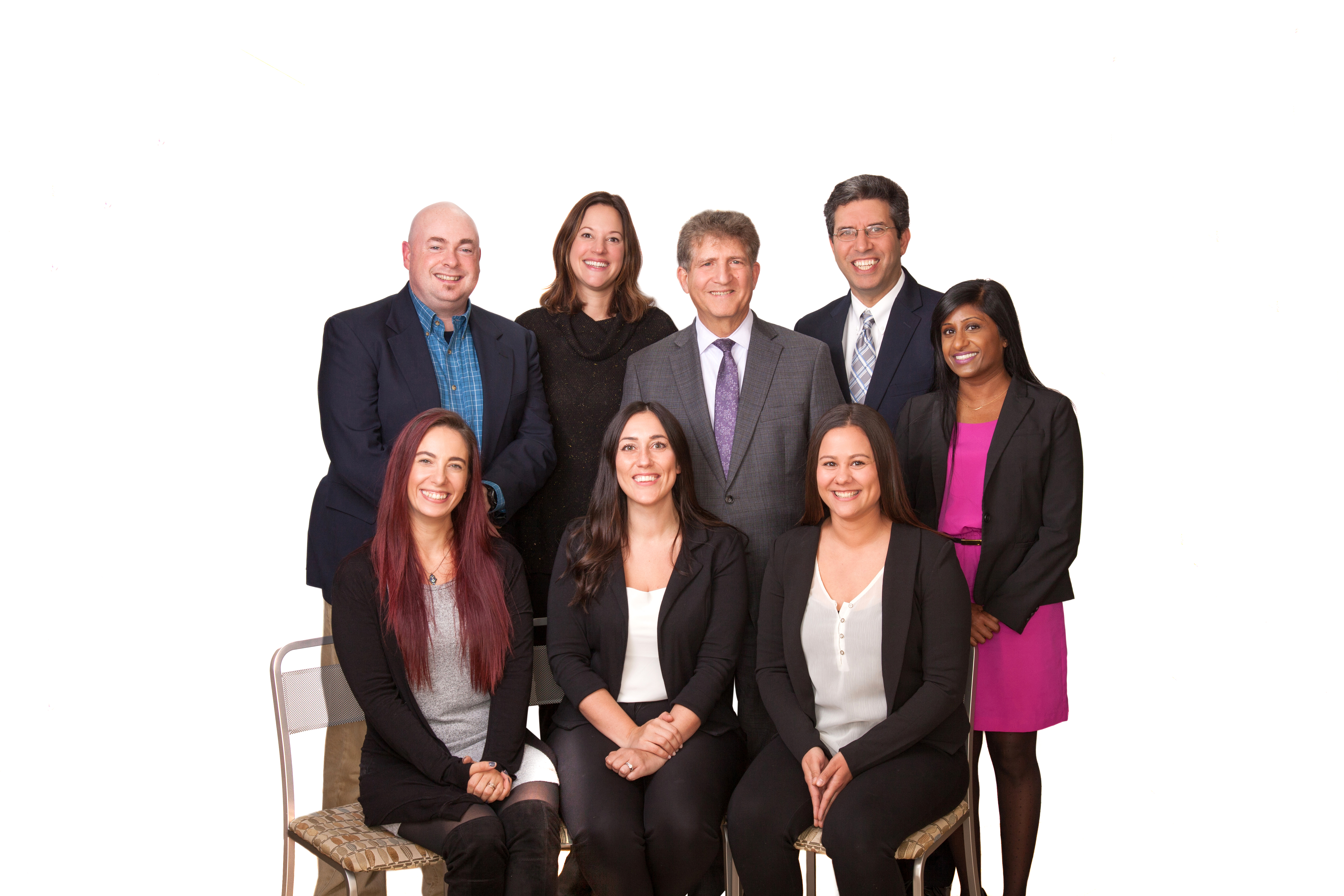 Merritt Hubsher, MD is the medical director of ADHD, Mood & Behavior Center. He is a Board Certified Child, Adolescent and Adult psychiatrist, and specializes in the treatment of Attention Deficit Hyperactivity Disorder (ADD, ADHD) as well as all child and adolescent emotional, behavioral, social and academic disorders. He possesses an expertise in treatment of childhood mood disorders, such as Childhood Depression, Childhood Bipolar Disorder and Anxiety and OCD Disorders, behavior disorders such as Oppositional Defiant Disorder, as well as Pervasive Developmental Disorders, such as Asperger’s Disorder and Autism, and Eating Disorders.

Dr. Hubsher received his medical degree from SUNY-Downstate Medical Center in New York. He received his residency training in Psychiatry at New York University Medical Center, where he also completed his fellowship in Child and Adolescent Psychiatry. Dr. Hubsher has been in practice since 1987, promoting effective treatment for children, adolescents and adults.

Dr. Hubsher has appeared on television and radio, has been quoted in numerous newspaper articles, and lectures all over the State of New Jersey to school teachers, guidance counselors, therapists and parent groups, as well as other psychiatrists, teaching the hallmarks of childhood mental health, behavioral and academic conditions, in order to increase awareness, and thereby help children to receive the help from which they can so greatly benefit.

In December 2018 Dr. Hubsher was voted the #1 Favorite Kids’ Doc out of all pediatric doctors, in all specialties, in all of New Jersey.

Born and raised in New Jersey, Nanda Muthusawmy, MD, is a Board Certified Child, Adolescent and Adult Psychiatrist who specializes in the treatment of ADHD, mood regulation disorders, behavior disorders, depression, anxiety and bipolar disorders, and OCD and Tic Disorders.

Dr. Muthusawmy provides diagnostic psychiatric evaluations, prescribes appropriate medications where appropriate, but strongly believes in the power of psychotherapy to bring about positive change for the children, adolescents, and adults she treats.

Dr. Muthusawmy attended Rutgers Medical School, where she received her medical degree and then completed her adult psychiatry residency training. She was then accepted to the Icahn School of Medicine at Mount Sinai, where she completed her Child and Adolescent Psychiatry Fellowship and additionally participated in its Division of Tics, OCD, and Related Disorders specialty clinic.

Dr. Joshua Shifrin received his Bachelor of Arts degree in psychology from Clark University in Worcerster, Massachusetts. Dr. Shifrin then attended Northeastern University in Boston, Massachusetts where he earned his Masters of Science in educational psychology and his Certificate of Advanced Graduate Study in school psychology. After working for approximately five years as a licensed school psychologist, Dr. Shifrin continued his studies at Florida State University where he earned his PhD in the American Psychological Association (APA) Accredited combined school psychology and counseling psychology program. Dr. Shifrin completed his APA accredited internship at the Andrus Children’s Center in Yonkers, NY. Dr. Shifrin is a licensed psychologist in New Jersey and New York, as well as a Diplomate of the American Board of School Neuropsychology, and a Nationally Certified School Psychologist. Dr. Shifrin specializes in conducting pediatric/school neuropsychological evaluations.

Michael Shugrue is a Licensed Clinical Social Worker (LCSW) at the ADHD, Mood and Behavior Center, where he specializes in treating children, adolescents, and their families. Michael joined the center in 2005 and provides individual, group, and family therapy. He is also a regular speaker at conferences and events addressing parents and educational audiences on a wide range of topics from dealing with ADHD to fostering self-esteem in special needs children.

Michael received his Masters of Social Work (MSW) from Columbia University in New York. Prior to joining the ADHD, Mood and Behavior Center, Michael spent 3 years at the Institute for Behavioral Health Services at Hackensack University Medical Center in Hackensack, New Jersey. From 2000 to 2002, Michael worked at and helped develop “Project Destiny”, a unique and highly successful Oakland, California-based full service, ‘wrap-around’ program. There, Michael both provided counseling and supportive services to high risk families in economically challenged neighborhoods as well as participated in the development, direction and team management of the burgeoning, grant supported ‘wrap around’ program. In addition to direct client work, Michael also has extensive experience working with juvenile justice, educational, and hospital/health service systems.

Using a skills-based approach, Allison has a particular interest in treating pre-schoolers, children and adolescents with ADHD, anxiety, mood regulation and behavioral issues. She feels it is important, particularly when treating children and adolescents, to involve their parents and the family in the therapy, and to work collaboratively with them and, where appropriate, with their school.

Allison earned her bachelor’s degree from Colby College in 1999 and her Masters degree in Social Work from New York University in 2003. She also earned a post-graduate certificate in Social Work with Children and Families from the University of Holloway in London, United Kingdom in 2010. Allison also completed renowned psychologist and author, Dr. Ross Greene’s Advanced Training in Collaborative and Proactive Solutions for Understanding and Helping Behaviorally Challenging Kids.

Kaitlyn is a Licensed Professional Counselor and Approved Clinical Supervisor in New Jersey whose clinical specialties include working with adolescents,  and adults who are struggling with anxiety, mood disorders, as well as personality disorders. Kaitlyn has extensive experience working with clients and families who are in crisis, and believes in a creating a therapeutic relationship from honesty, a judgement free environment, and viewing every client from a strength-based perspective.

Kaitlyn has practiced in numerous clinical settings including Rutgers University Behavioral Health Care, psychiatric hospitals, residential treatment, substance abuse as well as a private practice setting. Kaitlyn received her Bachelor’s degree in psychology and education and her Master’s degree in Mental Health Counseling from the University at Albany.

Ashley has extensive experience and training in providing therapy to children, teens, and families, as well as working with a variety of issues common to adults. She works from a person-centered approach, but draws from experience with cognitive behavioral, psychodynamic, and relational treatment modalities.
While utilizing an eclectic approach to therapy, Ashley believes that each person and family is unique and, as such, requires treatment that is likewise unique, and tailored to that individual and situation. She believes successful treatment begins with a strong therapeutic relationship between therapist and client, one in which the client feels safe and truly seen and understood, which is why Ashley believes in getting to know the person and not just the problem.

Ashley is a Licensed Clinical Social Worker since 2011, but has been working clinically with children and families since 2005. Her educational background is in psychology and direct practice social work. She earned her master’s degree from Bryan Mawr College in 2009.

To contact us, please fill out the form below. Items marked with * are required.

See us online throughout NY & NJ.

ADHD, Mood & Behavior Center offers online therapy sessions that are led by licensed psychiatrists. Our ADHD online psychiatrists will be able to help you in your time of need, virtually anywhere. Specializing in ADHD, emotional moods, and behavior.

Scroll to top Call Us